Are you sure you want to log-off?

published by Askforschool on 13-May 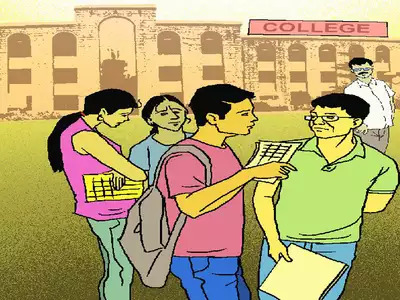 MADURAI: Candidates who have studied in Tamil medium in all stages from Class I to degree alone would be eligible for appointment under 20% Persons Studied in Tamil Medium (PSTM) quota, the Madras high court has said. Giving a series of instructions to the government, the court also held that the PSTM Act, 2010 and the Amendment Act, 2020 were constitutionally valid and said 20% reservation should be applied at every stage of recruitment.

A division bench of Justice N Kirubakaran and Justice B Pugalendhi observed that taking note of the lack of interest on the part of parents to admit their children in Tamil medium schools, the state government brought the PSTM Act, 2010.

The term 'Persons Studied in Tamil Medium' as defined in Section 2(d) of the Act would necessarily mean those who have studied their entire education in Tamil medium. This purposive interpretation would alone achieve the object of the Act. The subsequent amendment to the section made by the state government in 2020, is in consonance with the interpretation given by the court.

The judges observed that the Tamil Nadu Public Service Commission (TNPSC) in its affidavit had also admitted that of the 34 PSTM candidates selected for Group I recruitment from 2016-19, 27 have passed their degrees in Tamil medium through distance education after completing their entire education in English medium. "Undergoing school education in English medium and other mediums and thereafter, obtaining the degree alone only for the purpose of technical compliance is nothing but fraud on the Act," observed the judges.